He is here, in every atom 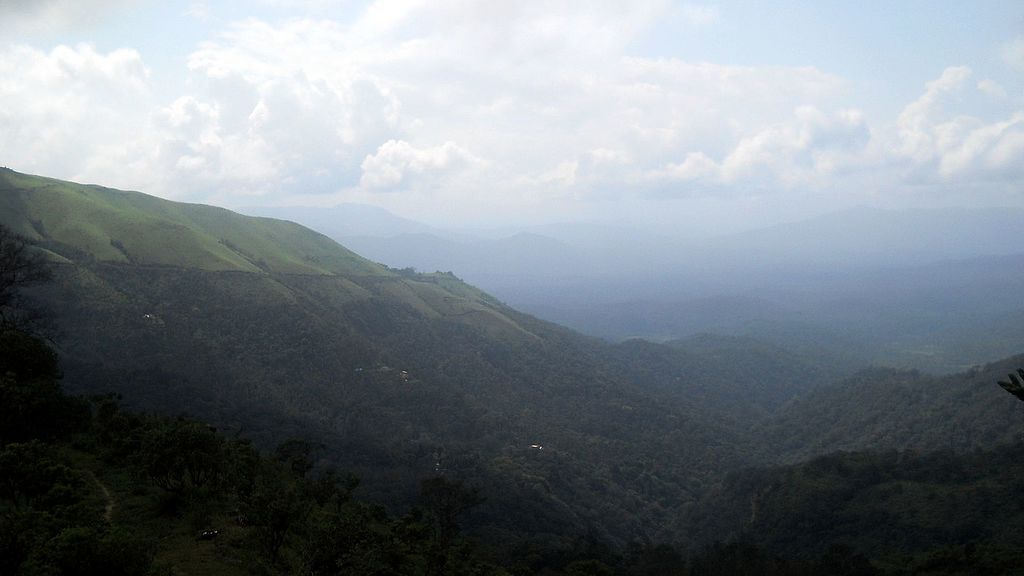 “He is here, in every atom”. An account of Meher Baba’s trip to Baba Budan sacred site in the Western Ghats.

“We were now at a height of nearly 6000! ft. … One would imagine he was up in the regions of the skies looking down on valleys and plains, lakes and streams, … and measuring at a glance the vastness of the space all around … in tune with nature itself in all its glory! … A veritable dreamland indeed, … ideal for meditation, peace and quiet an aspirant would drown himself in to be in tune with nature and its Creator. B[aba], too liked the spot…” According to his account[1], it seems that Chanji, Meher Baba’s secretary, was enthralled by what he could see from the top of Chandra Drona Parbat, the final destination of a short “secret” tour to the Baba Budan hills in Mysore State (South India) that the master undertook with him and Gustadji, another close disciple, in May 1936. But Meher Baba himself didn’t bring them so much for the view but for his own private reasons and his work near an old cave situated there. Legends abound concerning the site, which counts as one of these combined Hindu-Muslim spots India is famous for. It is said that the Sufi saint and possibly a companion of the Prophet Muhammad, Shaikh Abdul Aziz Makki, better known as Dada Hayath Qalandar, came from Arabia with his faqirs and settled in that cave, which was then a sacred place dedicated to Dattatreya, a Hindu incarnation of God in the form of a three-headed sannyasi (renunciant). The opposition he met from the local Hindus rulers seems to have turned quickly into a deep faith as the Sufi – a realized being, according to Meher Baba – appeared to them in the form of their own Lord. Some of his later followers – including Baba Budan, the introducer of coffee to India in the 17th century – are buried there, on the top of the mountain near the cave, and the whole area has now become a place of pilgrimage for all communities and castes. Chanji’s thirteen-page typed account, besides narrating with humour a few incidents and the difficulties encountered during the trip, depicts Meher Baba as a delightful and outgoing companion and also tells through several anecdotes how a highly compassionate being he was toward all lovers of God.  After he secluded himself for some time for a “special work” inside a bungalow situated near the famous deep and narrow cave, the three men set out for a walk toward the Manekya (Manik dhara or pearl-drops) falls, renowned for its sacred and healing water. They treaded a path for some time in silence while Baba “seemed to be working at something,” passing by “huts of some rishis or yogis who had lived here in the past”. But twilight forced them to return before reaching the falls.  After they came back, they enjoyed the “glorious sunset” and then clouds formed a dense fog which is a common feature of these mountains. Again the next day, before returning to Mysore, Baba took them to the falls, in that same serious mood. Sunset as seen from Datta Peeta

This time they had brought fruits, tea and bread to offer to a faqir some people had mentioned the day before, who was staying there with just one sheet and some torn clothes for only belongings. Ever since he had heard about the man, Baba had been constantly asking Chanji about him and appeared “anxious”. The poor “innocent chap” had been drawn here to “Dada Saheb” (the Sufi Dada Hayath Qalandar) to get cure from an “abdominal disease” and had been sitting here on the edge of a cliff for fifteen days in this utter wilderness, enduring the cold wind, taking his name “with full faith that Dadasaheb would come and bless him and cure him,” Chanji explained. Baba gave him the food, two sheets and a rupee. Then he conveyed to him through Chanji: “It was good you stayed here with such admirable courage. Don’t lose courage nor get dishearte[ne]d! But keep on, and don’t move from here till you see D[ada] Saheb. Dada Saheb is here, in every atom. He will come and meet you, personally as you desire, but for that you must have patience. Don’t go away but stay here, whatever happens.” Later, Baba explained to his disciples that “the man’s material desire (for a cure) had ushered him in the spiritual realm, unknowingly and if he would stick to where he is with the same faith and heart, he would certainly be pushed ahead and gain much spiritually.” Chanji understood then why Baba remained so concerned since the previous day. “The man really needed help, which Baba very probably felt and never rested till he saw him, and appeased his hunger…” Chanji wrote. Tombs in the site

When Baba came back later, in January 1940 during the Blue Bus tours with his women disciples, he explained, “I have come for my work, and you have no idea what duty I am fulfilling here. Referring to the cave on Baba Budan Hills and to other religious sites they visited in the region, he added, “These places have a spiritual atmosphere and my presence will give it a push.” Now, although for a few years some outside groups have been creating a controversy in the guise of religion based on political agendas, the place is still today very much revered by renunciants and ordinary people, Muslims and Hindus (from upper-caste Brahmins to depressed classes) alike. The Sufi faqirs, some of whom wear saffron clothes – usually the colour of Hindus – stress that “barring belief in the prophethood of Muhammad, there is no difference between them and mystics of other faith traditions.” People coming to the annual gathering get a feeling of “real brotherhood.” One of the caretaker of the Muslim site, a Brahmin, explains: “Although they might be two different people, their soul is one and the same.” He argues that true religion has to do with the heart and not with external names and labels, and at that level God lies within all human beings.