The Ashram of Love 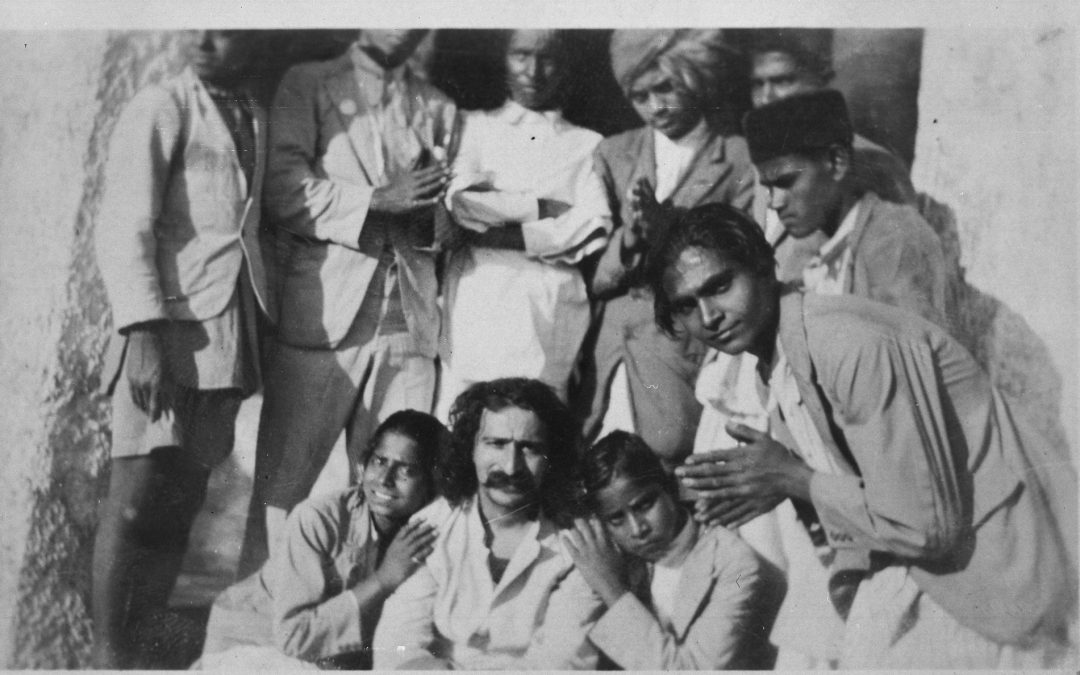 On the 1st of May 1927, the “Meher Ashram”, a free educational institution for boys, was officially inaugurated in Meherabad, central India, comprising only four Hindu young males from Arangaon, its adjacent village. A year and a half later, the school and lodging facility counted more than 100 inmates from two countries (Persia and India), four different religions, and all types of castes and classes, including upper-caste Brahmins, so-called “untouchables”, Zoroastrians from Central Iran, and Muslims from Bombay, and others. Among all the activities started by Meher Baba after he created the Meherabad settlement in 1923, this is one of his most outstanding yet enigmatic achievements of that decade. On that same piece of dry and barren land—a former British Army camp, 300 km away from Bombay—Baba had opened the Hazrat Babajan School on March 25, 1925 for children from Arangaon, and had it later suddenly dismantled, to everyone’s surprise, along with all other activities, such as medical facilities. A boys’ school was later re-established, and the Hazrat Babajan school reopened in April 1927 for girls only. Although the first schools were rather—outwardly at least—ordinary in their purposes, the latter was to be one of a kind. In a letter sent to the West to promote the school, it says that “this institution, in addition to the imparting of ordinary school education … , advances a student spiritually by impressing the young mind with the importance of simple and pure living. It tries to raise the intellectual standard of the student to such a high level that the mind should ultimately become [immersed] in the Universal Truth.”

Ramjoo K. Abdulla, one of Baba’s close disciples wrote in Sobs and Throbs[2] a fascinating must-read account of the short life of the institution that turned out to be full of adventures, with courageous heroes, suspense, change of scenery and sudden turnarounds. Here, we will simply present a handwritten list of the inmates of the Meher Ashram institute, see figure. A list of some pupils admitted in the Meher Ashram, courtesy of Avatar Meher Baba Trust Archives

In this archival document, now preserved in the Avatar Meher Baba Trust Archive building in Meherabad, one can see the date of their admission with their name, and religion and/or caste, as it was customary and probably mandatory at that time. Shortly after the opening, more boys joined, and Baba’s instructions to Aga Baidul, one of his disciples staying in Persia, proved fruitful when fourteen more came from Persia, among which twelve were following the Zoroastrian faith and two were Muslims. Rustom K. Irani’s search for the same in London, on the contrary, was a complete failure and no Westerner ever joined the institution, but this other disciple’s stay in England helped Baba lay his first cables with the Western world. Also, some Muslim kids from Bombay were admitted as well. It had been decided that “The school should have a common language of instruction for the children of different castes and creeds, and so, after the 4th standard [grade], all subjects will be taught in English. Persian and Sanskrit will be taught as second languages… The medium of teaching up to the 4th standard will be Gujarati, Marathi or Urdu.”

Alag kitāb me alag prāthanā
Rām ek hai nām hazāro
In different books you find different prayers
God is one, his names are by the thousands.[3]

Ramjoo writes that on September 1st 1927, “spiritual classes were opened that evening, and since then the boys were begun to be explained the spirit of all religions, the lives of Divine Heroes in every nation, and discourses on divinity and spirituality itself were given by competent speakers under the personal instruction of the Master for one hour every day.” Then, two months later, Meher Baba started giving daily “explanations” on spiritual subjects from the “crypt”, a pit where he was fasting and in seclusion the rest of the day that was near the building used for the school. Speaking of constructions, in early May, Meher Baba had first proposed, according to Framroze Dadachanji’s diary, that “a nicely-laid out plan for a grand building for the Ashram [be] considered … and a big building with two flanges – & with a huge dome in the centre on which to be painted pictures of the emblems of all leading religions – Hindu temple, Mohammadan Musjid, Parsi Fire temple, Christian Church, etc. etc.” Even though the “huge & grand building” was never built, the disciple further writes that “the plans, estimate & work, contract was to be given to some of the well-known architect firm[s] of Bombay. The design was to be a model one.” Interestingly, some of the ideas—the dome and the religious emblems—came into shape ten years later above that very “crypt”, when the disciples erected what later became Meher Baba’s Samadhi or Tomb-Shrine. The discourses Meher Baba conveyed from there to the boys covered questions reaching far beyond religious education, but touched subjects of the highest calibre, pertaining to the Universal Truth that had been mentioned in the above letter. About the relationship between Truth and religion, Meher Baba had conveyed to his disciples in 1926[4] that “Truth has nothing in the least to do with religion. It stands far, far beyond religion’s limited and barren dictates and doctrines. Truth lies in simply giving up Maya, especially kām, krodh, and kañchan—lust, anger, and wealth. Anybody can aspire for and attain to it. Caste distinctions and prejudices have no place there.”

The impact of these explanations is unparalleled and it would be impossible to sum them up here. What can be said is that they very quickly ushered a new phase where some of the boys started having experiences of being overcome by bliss and feelings of pure love. They were subsequently put in a separate new section of the institution which became known as the “Prem Ashram” or Ashram of Love.

[1]      Another couplet from the same poem by Meher Baba mentioned above.

[4]      Although out of print, Sobs and throbs, or, Some spiritual sidelights, by Abdul Kareem Abdullah (Ramjoo), Meherabad, Ahmednagar, N.N. Satha, 1929, 169 p., is available for free at the Meher Baba Trust’s website here: http://ambppct.org/Book_Files/SOBS%20THROBS_Final.pdf