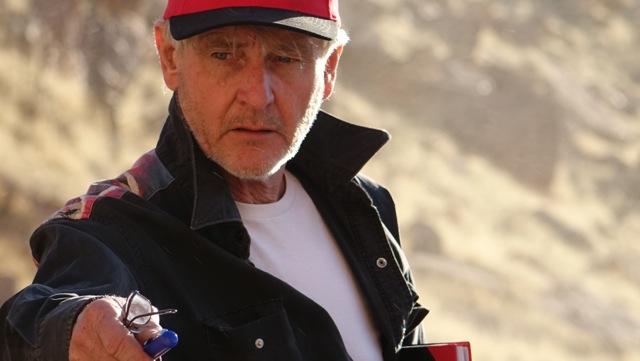 Craig San Roque studied psychology in London in the 80s, he also participated in an esoteric group headed by Don Stevens, a disciple of Meher Baba. In 2000+ Craig returned to Australia and settled in Alice Spring, where he lives to date.

As a professional and as a friend, he has been in contact with Indigenous people there ever since and was asked by their elders one day to assist in their difficulties to understand and cope with the white man’s culture and mentality. Alcohol has been playing a devastating role amongst indigenous people. Rules and regulations have made no difference in minimizing this phenomenon. Craig responded and created an epic of Dionysus, the god of the grape harvest, winemaking and wine, fertility, theatre and religious ecstasy from Greek mythology. Researching, he found this figure reappearing in other cultures under different name and context. This composition became a play and was performed in Central Australia in 1996-9. I heard about his creation and the performance Dionysos/Sugarman during 2000 and saw it on DVD. During all the following years I never forgot a key phrase an indigenous woman speaks in this play : You , the white man, brought us the alcohol, but you did not bring us the god of alcohol. And I add : So we are without relationship and dying. To deal with alcohol the mythical figure, Dionysus, needed to find entry into indigenous culture. Song lines, story lines, dancing lines, painting lines are evidence of man’s creativity in relating to the beautiful and destructive energies of life. Myths are creations, often traveling across continents and cultures. They give meaning and orientation to societies, they also protect them from the onslaught of the destructive.
Craig tells us of a new development in parts of Australia, he is in touch with. The project’s focus is the introduction of farming and agricultural food production to indigenous people, who have lived in a hunter/gatherer culture since a millennia. How to create a spiritual link to such a project, rather than a purely practical one ?

Craig went once more to ancient Delphi, Greece, his European ancestors’ background, to ask for help. The Kore story is the outcome of that .

Demeter and Kore are mythical figures, mother and daughter walk the earth. Demeter holds the earth in all its splendor, its power and diversity. She walks singing the names of plants, which grow behind her. She explains the shores, the flow of clear water, the meaning of rocks. She shows Kore places which Demeter put for “remembering”, places which hold the world in balance, places ‘of the beginnings’. Kore learns about the earth, about the plants, the seeds and what to do with them. She is the figure, who will teach the people, to sow, to collect, to grind, to mix them with water, to bake into breads, to harvest the olives and make them ‘kind to the taste’, to prepare hot coals for cooking and keeping warm. Kore remembers, gathers and keeps her mother’s words. Alone, Kore will go to the underworld, the Hades, to experience the darkness, to understand the plants from underneath, to see death inherent, to know destruction of things and being re-born, the flow of life and death. There she will receive a new name : Persephone . Matured she emerges, ready for the people to come, to feed their intuition to connect, to think and discover the treasures of what Demeter, her mother, had taught her. 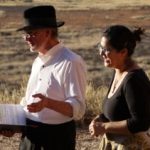 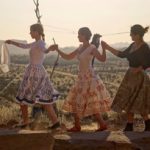 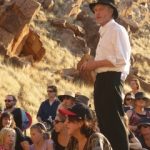 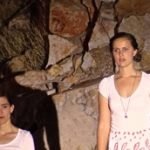 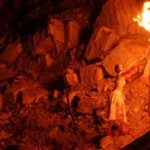 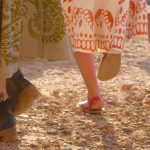 Craig directed this piece , it is a mystery play, calling upon the mythical figures of the earth, for people to participate and learn anew. This is a story for the indigenous people, whose culture got broken up and for the white people, who have left their song lines in other continents and countries, and relate to the earth in purely practical ways.

Mystery plays have been performed in all cultures, again and again, for the sake of remembering and for connecting with the spirits of the earth and the heavens

A picnic of promise (Word Doc)

INTRODUCTION TO THE KORE by Craig San Roque (PDF)